Wang to the DL, but Hughes still in pen

Share All sharing options for: Wang to the DL, but Hughes still in pen

In a surprising turn of events, Wang will likely hit the DL with 'shoulder bursitis,' but it won't be Phil Hughes who takes his spot in the rotation (according to Ty Kepner). It won't even be Al Aceves. The most likely candidate appears to be Scranton's Sergio Mitre.

Wang probably won't be on the DL for much more than a month. Mitre has done well in Triple-A Scranton, holding opponents to a 3.26 ERA in 30.1 innings, with 23 strikeouts against only three walks (and a fantastic 2.7 groundouts to every flyout). Of course, Mitre is already a ML veteran, having pitched for the Marlins and Cubs in five seasons (with a 5.36 ERA).

Nothing is official yet, but I've got to say that Hughes deserves to start in Wang's place. He's been nearly flawless in relief, and has been pitching in almost every game that Wang starts.

- Check out the photo. 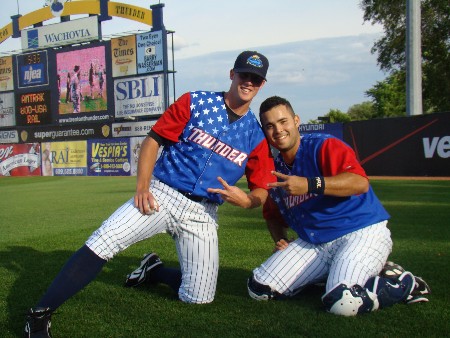