Opposing him will be our best pitcher, CC Sabathia, who faced Tampa once this year (in June), holding them to four earned runs in eight innings. CC's been Mr. Consistency this year, having both a 3.67 ERA in his last seven games and a 3.67 ERA to this point in the season.

On the other side, Bartlett, Kapler, Upton and Zobrist have all fared well against Sabathia (OPSing at least .827).

last Saturday (the only game of the homestand they lost) and was very impressed. I loved being able to walk around while keeping an eye on the game. The old stadium had small, cramped corridors that were near impossible to walk through. The food choices were incredible: sushi, noodle bowls, cheese steaks, mac & cheese, hush puppies, garlic fries, etc. Anyway, here are some photos - 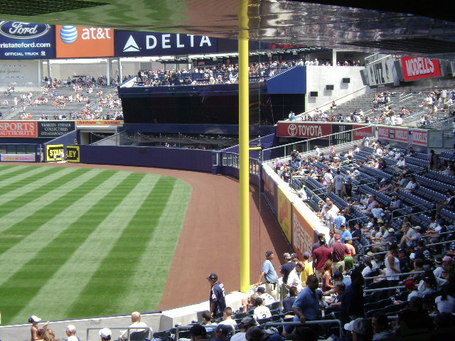 You can see how straight the rightfield wall is, compared to the old park's sloping wall. 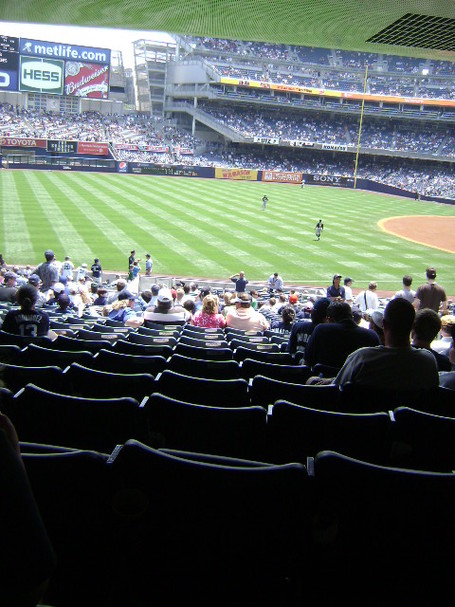 Some seats down the lines are tilted toward the diamond. 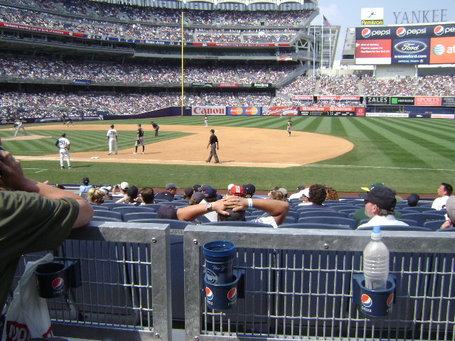 Though the seats we had were not tilted and faced leftfield. 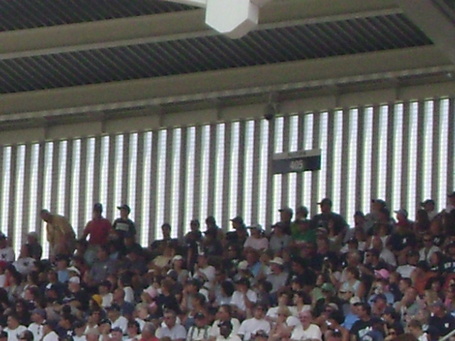 The controversial 'vents' at the back of the rightfield seats.