'Munson' is worth a read

Share All sharing options for: 'Munson' is worth a read 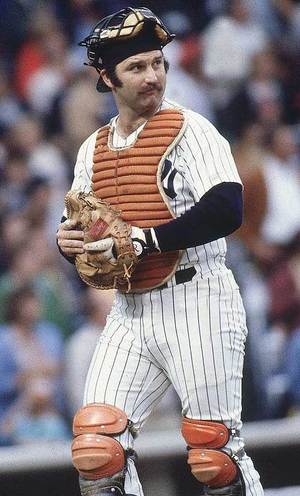 It may seem strange to write a book about a baseball player who has been dead for 30 years, especially one who did not even make the Hall of Fame.

That, however, is exactly what Marty Appel has done in the forthcoming book "MUNSON: The Life and Death of a Yankee Captain."

The book, about legendary Yankee catcher Thurman Munson, of course, will be available for purchase in book stores July 7, but Random House was kind enough to send me an advance copy.

I am glad they did.

For Yankee fans old enough to remember watching Munson play, this book is sure to bring back a flood of old memories and emotions. And, teach you some things about Munson and the Yankees you never knew.

If you aren't old enough to remember Munson, read this book and learn. You will be glad you did.

Appel co-authored Munson's biography in the years before Thurman's tragic 1979 plane crash. But, early in the new book explains why he felt compelled to go back and write about him again.

"As I have reread that book over the years, I've always felt that Thurman held back too much, skirting over personal matters, as was his right. ... I was never really satisfied with it.

I was also perplexed. Why were his comments so unenlightening? ... Why did he have so little to say about his childhood?"

In his second try, Appel has done a fantastic job clearing up his questions and showing us the many faces of Munson.

The great, gritty, player who helped revive the Yankee franchise. The gruff, grumpy character who could be hard to get along with and harder still to get to know. The man who was estranged from his family, especially his spiteful father. The man who was a tremendously devoted father and husband, something that ultimately contributed to his death. The man who was beloved by teammates for his determination, and oddball sense of humor. The man who had a complicated relationship with George Steinbrenner, and who always carried some bitterness about other Yankees making more money than he did.

In other words, Appel has taken us down memory lane and showed us what made Munson Munson.

Because we all know how the story ends -- in horrific, unforgettable fashion -- the trip down memory lane is a bittersweet one.

Yet, it is one worth taking.