Another day, another disappointing loss.

I know that Jeter was thinking Lindstrom would groove the first pitch since he had just walked a batter, but if you're going to swing at the first pitch, make sure it's a good one.

There's a lot of blame to go around, but most of it should fall on Brett Tomko. He failed in his job to keep Florida in check. Three runs in two innings is not doing your job.

Melky Cabrera uncorked a throw that allowed an extra run to score. A better throw there and the Yanks tie the game in the ninth.

On top of all that, our ace, CC Sabathia, had to leave the game in the second inning with 'left biceps tightness.' 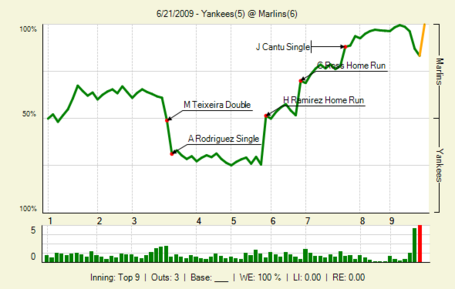