Trenton to the Gulf Coast

Share All sharing options for: Trenton to the Gulf Coast

This is the first in a series of minor league updates that will highlight the hottest (and sometimes coldest) players in the lower levels of the Yankee organization.

On the pitching side, starters Eric Hacker and George Kontos are the only pitchers to go more than six innings so far. Both are mid-level prospects. Hacker went 11.1 innings in two games, allowing just two runs. Kontos went 9.1 in two games and allowed four runs (3.86 ERA).

Tampa has some of our most exciting prospects. Eric Fryer, acquired in a recent trade for Chase Wright, is off to a great start: .364/.423/.455 in six games. 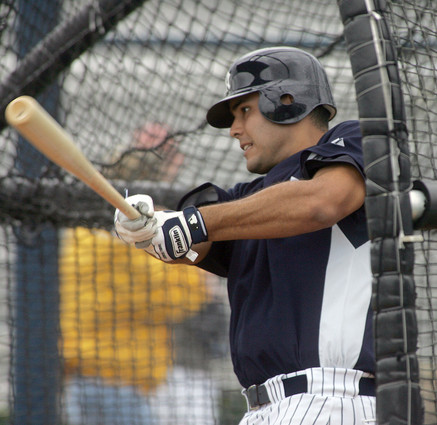 Dellin Betances may be turning a corner. It's not that he's only given up three runs in 11.1 innings, but that he's walked just three (against 14 Ks). At 6'8", control was and will be his biggest problem.

Charleston also has several top prospects. Young SS Garrison Lassiter is flying out of the gate, hitting .438/.438/.564 through four games.

On the pitching side, Andrew Brackman is off a to a rough start, having allowed seven earned runs in 10 innings (over two games). Pat Venditte, the famous switch-pitcher from Creighton, continues to defy scouts; he has yet to allow a run or walk in four innings while fanning six.