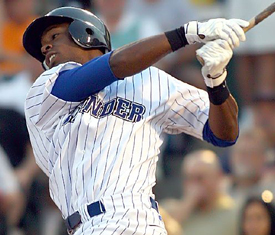 (Hopefully that's a headline we see a lot in the coming years.)

Austin Jackson hit a grand slam in the 8th inning of tonight's 7-1 win over Boston.

But the real heroes were the pitchers, led by A.J. Burnett, who threw 5.2 innings of one run ball (nine groundouts to just three flyouts), followed by scoreless innings from four relievers: Albaladejo, Rivera, Marte and Edwar.

No Yankee batter had more than one hit, and they had only three extra-base hits despite the seven runs (a double by Berroa, a triple by Gardner and the slammer from A-Jax).