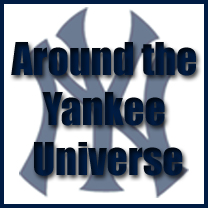 When you are talking about the New York Yankees, we know that the discussion always comes back to the money that the Yankees make. and, of course, that they spend.

I have learned to live with it. The Yankees have unmatched resources, and I am thrilled that they choose to use them in an effort to win. The Steinbrenners have never simply looked at the Yankees as a business to profit from.

That is why I hate revenue sharing, though it is something I have to live with. and, as a Yankee fan I find cries about the need for a salary cap to be little more than whining from fans of teams who have badly run organizations, or owners who don't care about winning.

With that as background, I was fascinated by a recent article in the Biz of Baseball which shows that many teams around baseball are simply taking their revenue-sharing dollars from the Yankees, Red Sox and anyone else who has to pay and putting them in the bank.

This year, approx. $400 million will be distributed from high revenue making clubs such as the Yankees and Red Sox to those at the low end of the spectrum, such as the Marlins, Pirates, Rays, and Royals.

So, just over $190 million more in revenues will move between payors and payees this year compared to the last year that full figures were available in 2005, an increase of 22.9 percent.

With that, here's some Opening Day player payroll figures (minus bonuses, deferred payments and incentive clauses, or, money paid or received in trades or for players who have been released). to digest:

This is why I hate revenue sharing, which is designed to increase competitive balance. The big-market teams make the money, and the small-market owners simply take it and line their pockets with it.